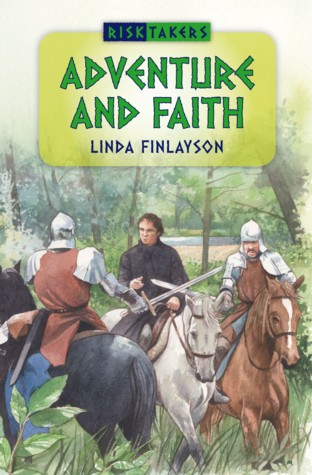 Martin Luther shakes in his boots. Accused of being a criminal and in danger of loosing his life he has to stand up for what he believes.

David Brainerd ventures into difficult wilderness territory in order to share the gospel. There are tough decisions to make during his travels. The risks are great but so are the needs.

William King simply obeys the Bible. It doesn't matter what the rich and powerful slave owners want - Jesus has other plans.

Brother Andrew risks his life so that Hungarians can read the Bible. But what about the Soviet troops who have invaded the country?

Nehemiah builds a wall while enemies plot to destroy his work. Stephen prays to Jesus as an angry mob throws stones at him.These men were all willing to take risks. They faced danger and difficulties. Some even died for what they believed in. While reading their exciting stories you will learn about why they did what they did and who it was who helped them.

An Exposition Upon the Epistle of Jude