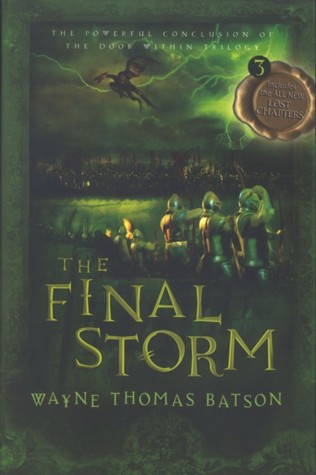 Paragor, the betrayer of King Eliam, unites with the Wyrm Lord and the Seven Sleepers to launch a full-scale assault on the kingdom of Alleble. While Alleble and its allies prepare to face the coming onslaught, they cling to an ancient legend about three witnesses who have the power to bring victory. But is the legend true? And if it is, where are they? Time is running out as darkness spreads over the realm, and Paragor unleashes the final storm. Includes all-new Lost Chapters Edition. Recommended for ages 10 and up.

Take Three, Above the Line Series **

Rise of the Wyrm Lord - Door Within Trilogy - Book 2