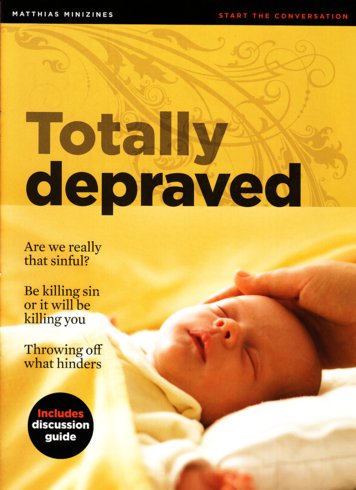 The less we know God, the less we truly know ourselves.

It is hardly a surprise, then, that as our culture has drifted further and further from God, the idea of 'sin' has also largely disappeared. People these days 'make mistakes' or 'do something stupid' or 'have a brain explosion', but they don't 'sin'.

As Christians, we can't help being affected by this cultural drift. We don't like talking about sin. It sounds so negative and life-denying. We would rather concentrate on the positive aspects of the Christian message.

But as the great Puritan John Owen said, Christians who don't understand the sin that still dwells within them are foolish and self-deceived. "They live and walk as though they intended to go to heaven hood-winked and asleep, as though they had no enemy to deal with."

The articles in this MiniZine will help you to get to know your enemy better.

Depression: Looking Up From the Stubborn Darkness

D is for Depression