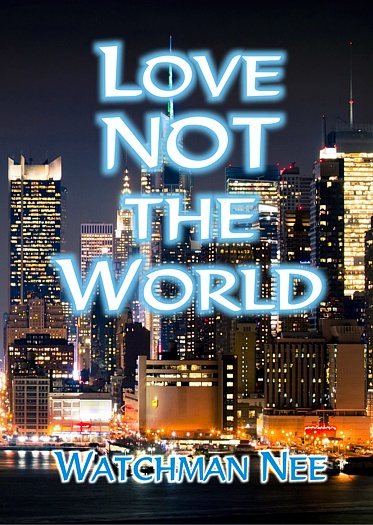 Love Not the World by Watchman Nee and published by Classics.

In this hard-hitting and controversial book, the great Chinese writer and preacher Watchman Nee states that there is a Satanic power behind every worldly thing and that the natural tendency of every worldly system such as Politics, education, literature, science, art, law, commerce, music—such are the things that constitute the kosmos, and these are the things that we meet daily. Subtract them and the world as a coherent system ceases to be. In studying the history of mankind, we have to acknowledge marked progress in each of these departments.

The question, however, is: In what direction is this ‘progress’ going? What is the ultimate goal of all this development? At the end, John tells us, antichrist will arise and will set up his own kingdom in the world. That is the direction of this world’s advance. Satan is utilizing the material world, the men of the world, the things that are in the world, to head everything up eventually in the kingdom of antichrist. At that hour the world system will have reached its zenith; and at that hour every unit of it will be revealed to be anti-Christian.