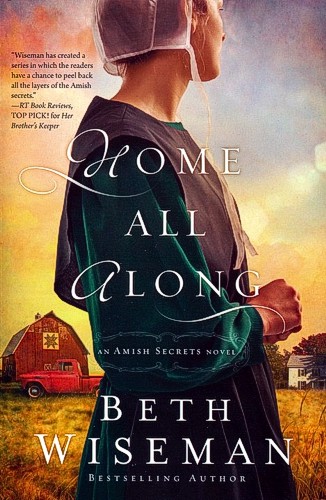 Home All Along, Amish Secrets Series by Beth Wiseman and published by Thomas Nelson.

In the third and final book of the Amish Secrets Series, find out what happens to Charlotte, Daniel, Lena and more.

Charlotte grew up abused by her parents, living in Foster homes on and off between the release of her parents from rehab or jail. While her sister Andrea stayed in the foster care system and did not see her family again until years later at their mother’s funeral. Cancer has returned in Lena, Charlotte’s surrogate Amish mother. She has a sense of peace about her and even though the news is not good, she looks to God for guidance.

Daniel's mother has a risky pregnancy, while his father and sister struggle with what family and the community believe in verse what modern medicine is doing. Charlotte must decide if she should permanently convert to the Amish faith. Will her relationship with Daniel be strong enough to get them through all these difficult times?

To the Moon and Back, The Baxter Family Series

In This Moment, Baxter Family Series

Brush of Wings, In the Angels Walking Series