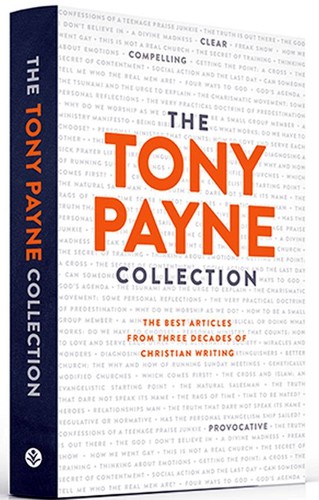 The Tony Payne Collection, The Best Articles From Three Decades of Christian Writing by Tony Payne and published by Matthias Media.

Through books like The Trellis and The Vine, The Vine Project, How to Walk into Church, Fatherhood and Guidance and the Voice of God, Tony Payne has become a widely read and highly regarded Christian author. He is well-known for his ability to make even the toughest topics clear and accessible. But Tony Payne doesn’t just write books. For more than a quarter of a century, in an evangelical journal called The Brie?ng, Tony wrote prodigiously on a staggering diversity of subjects—from euthanasia to worship, from predestination to miracles, prayer, homosexuality, contentment, emotions… In fact, you could pretty much say that if it’s a signi?cant topic for Christians, Tony Payne has written on it. Better than keep all that invaluable content hidden away in an archive, this collection makes the best articles available for the bene?t of a whole new contingent of readers.

My First Book of Memory Verses

Shall we Know One Another in Heaven