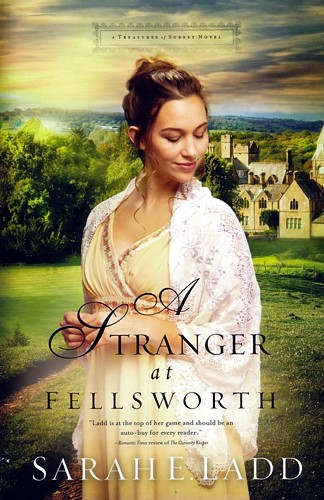 A Stranger at Fellsworth, Treasures of Surrey Series by Sarah E. Ladd and published by Thomas Nelson.

When Annabelle’s father had passed away, she was left with a financial mess and a fiance’ who broke off their engagement. Annabelle was at the mercy of her cruel brother pushing her to marry someone else with better financial means. Instead she ran away to Fellsworth for a teaching job where she could make her own money for the first time in her life. A chance encounter introduced her to Owen, a widow and protective father. The two began to realize they had a second chance at love.