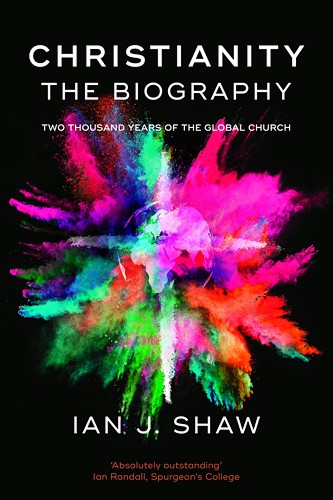 Christianity, The Biography, 2000 Years of Global History by Ian J Shaw and published by IVP Books.

Christianity, the Biography charts the life story of Christianity, from its birth and infancy among a handful of followers of Jesus Christ, through its years of development into a global religious movement, spanning continents and cultures, transcending educational and social backgrounds, with over two billion adherents.

Ian Shaw offers an introductory orientation to the richness of the Church tradition and its heritage around the world. This outline of the major phases, developments, movements and personalities in Christianity's life story over two millennia is necessarily painted on a broad canvas. It is designed to open the subject up for a more detailed study. As well as covering the well-trodden ground of the history of Christianity in the West, it also has a special concern for the story in from the non-Western World.