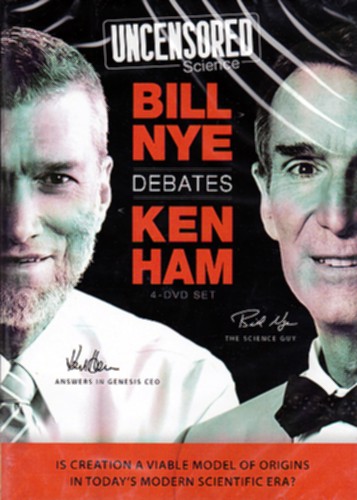 On February 4th, popular TV personality Bill Nye debated Answers in Genesis founder Ken Ham at the Creation Museum. Ham, a former science instructor who emigrated to the USA from Australia over 25-years ago, was joined by the popular children's program personality Bill Nye "The Science Guy" for this first and only-scheduled debate. Each man delivered what he believed was the best information available, then had an opportunity for rebuttal, and then answered questions submitted by the audience.

Uncensored Science documents the actual, uncut statements, arguments, and reactions of these two leading spokesmen. You will understand the worldviews of each proponent, and those whom they represent, better than ever before!