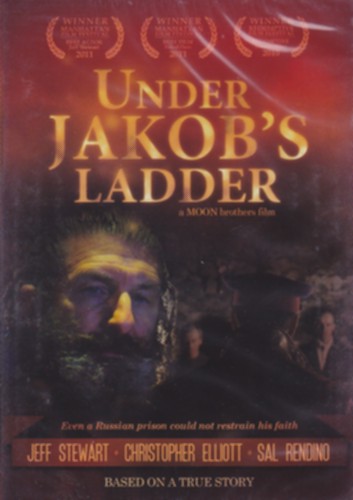 Based on a true story, Under Jakob's Ladder is a full-length feature film that takes place in the Soviet Union during 1938. Jakob (played by British actor Jeff Stewart), a former teacher who lost his job due to the new Communist system, can only stand by and watch as the world around him slowly disintegrates and fear and suspicion rule the day. Like most of the men in his village, he soon finds himself in a Soviet prison. But it is there that he discovers that the freedom he craves might actually be found within the walls of his cell. Approx. 97 minutes.