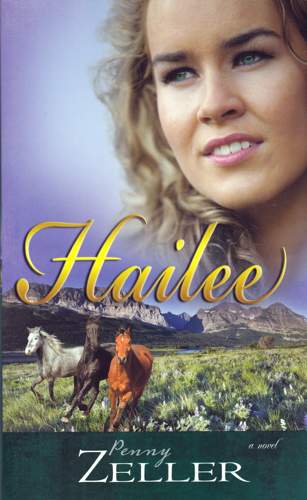 At twenty years of age, Nate, fulfills a prophecy he made eleven years prior by moving to Pine Haven. What he hadn't planned was to become a pastor, especially since his parents adamantly oppose the idea. So, as he shepherds a flock in the growing Montana town, he feels called to another smaller yet no less significant mission field: his mother and father.

For years, orphan Hailee Annigan was just a ragamuffin, roaming the Cincinnati streets trying to keep food in the mouths of her two younger brothers and herself. This often meant thieving, which landed her in the Sanctuary of Hope, a home for delinquent youngsters. There, her life changed, thanks to her patient, loving teachers. Now, at eighteen, she pursues a dream to become a teacher herself and bravely accepts a position in Montana. She still has faith that she'll find her brothers again someday, but for now, she's ready to put the past behind her.

When their paths converge in Pine Haven, their lives begin to overlap in ways they can't ignore. And they must discover if God intends for their destinies to converge, as well.