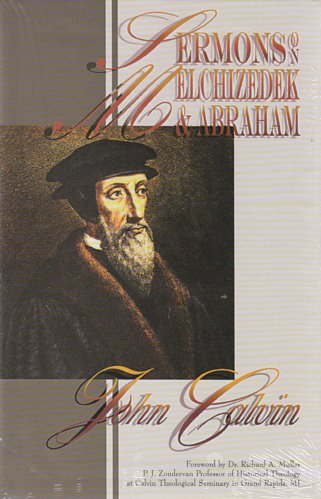 "John Calvin was a remarkable preacher. In his own day his sermons were eagerly attended by his followers and were printed, widely distributed in a number of languages, and read by many. In our day Calvin's reputation as a theologian and Biblical commentator has largely overshadowed his reputation as a preacher and his sermons have been difficult to find. The republication of Calvin's sermons is a very welcome event. These sermons will help us see again the greatness of Calvin as a preacher, but much more importantly they will be a source of great spiritual blessing to every believer who reads them." - W. Robert Godfrey

"Calvin was preeminently a preacher, and as a preacher he saw himself primarily as a Bible teacher. Calvin is hardly thought of in this way today. He is best known for his greatly influential 'Institutes of the Christian Religion,' not for his preaching, yet he spent most of his time and effort preaching two sermons on Sunday and usually every day of the week (Monday through Friday) on alternate weeks. It is a delight to have these sermons available again." - James M. Boice

Eschatology of the Old Testament

From the Resurrection to His Return