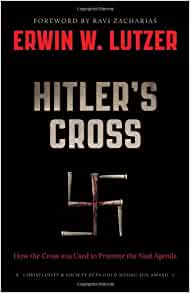 Six million Jews dead. The monstrosity of Adolph Hitler's "Third Reich" remains a stunning chapter in the pages of history. Although the power by which he hypnotized an entire nation is legendary, one question in particular begs an answer: Where was the church of Christ? Seduced by the Satanic majesty of The Fuhrer, church leaders throughout German allowed the Swastika a prominent place alongside the Christian cross in their sanctuaries. Nationalistic pride replaced the call of God to purity, and with few exceptions the German church looked away while Adolph Hitler implemented his "Final Solution" to his Jewish problem. How did this happen? In Hitler's Cross, Erwin W. Lutzer examines the lessons that may be learned from studying the deception of the church therefore Hitler's Cross is the story of a nation whose church forgot its primary call and discovered its failure too late.

Take Three, Above the Line Series **

Rise of the Wyrm Lord - Door Within Trilogy - Book 2