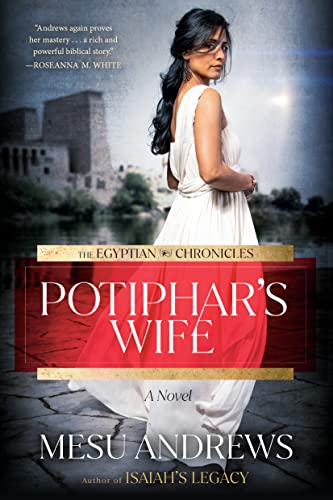 Before she is Potiphar’s wife, Zuleika is the daughter of a king and the wife of a prince. She rules the isle of Crete alongside her mother in the absence of their seafaring husbands. But when tragedy nearly destroys Crete, Zuleika must sacrifice her future to save the Minoan people she loves. Zuleika’s father believes his robust trade with Egypt will ensure Pharaoh’s obligation to marry his daughter, including a bride price hefty enough to save Crete. But Pharaoh refuses and gives her instead to Potiphar, the captain of his bodyguards: a crusty bachelor twice her age, who would rather have a new horse than a Minoan wife. Abandoned by her father, rejected by Pharaoh, and humiliated by Potiphar’s indifference, Zuleika yearns for the homeland she adores. In the political hotbed of Egypt’s foreign dynasty, her obsession to return to Crete spirals into deception. When she betrays Joseph—her Hebrew servant with the face and body of the gods—she discovers only one love is worth risking everything.