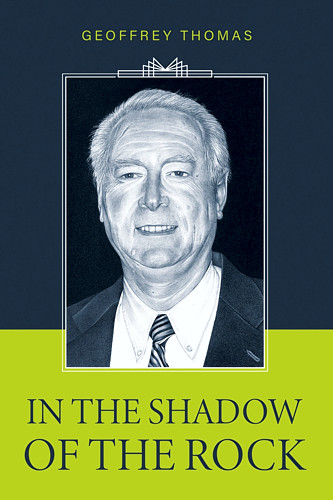 In the Shadow of the Rock by Geoffrey Thomas and published by Reformation Heritage Books. The autobiography of Geoff Thomas and his ministry for over 50 years to the people of Aberystwyth and to the wider world. During Geoff’s time in Alfred Place Church he preached through (almost) every verse in the Bible.

Geoff received his theological training at Westminster Theological Seminary, Philadelphia, where he was especially influenced by the teaching of Professors John Murray, Cornelius Van Til, and E.J. Young. Westminster awarded him an honorary doctorate in 2011.In a day when self-promotion is common, this is the story of a ministry deliberately placed under the shadow of Jesus in order to have a wider impact than any man could.