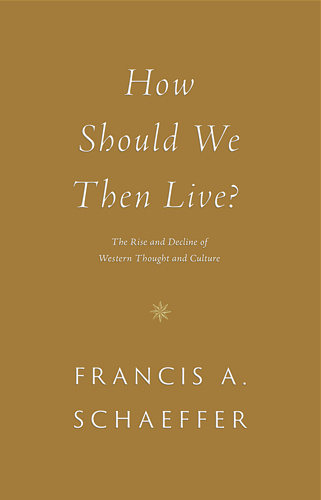 How Should We Then Live?: The Rise and Decline of Western Thought and Culture by Francis A. Schaeffer and published by Crossway Books.

Francis Schaeffer’s Classic Analysis of the Rise and Decline of Western Thought and Culture.

As one of the foremost evangelical thinkers of the twentieth century, Francis A. Schaeffer long pondered the fate of declining Western culture. Profoundly aware of the similarities modern culture shares with societies that came before, Schaeffer embarked on a journey to uncover the movements that gave rise to modern culture and resulted in the decline of the Christian worldview. Forty years later, his classic book How Should We Then Live? is as relevant today as it was when it was first published. Schaeffer argues that the erosion of society begins with a shift away from biblical truth. To support this claim, he walks readers through history, beginning with the fall of Rome, through the Middle Ages, the Enlightenment, and up to the twentieth century. This latest edition analyzes the reasons for modern society’s state of affairs and presents the solution: living by the Christian ethic, fully accepting God’s revelation, and affirming the morals, values, and meaning of the Bible.