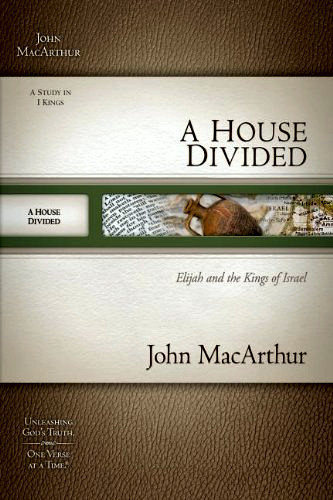 Fire pours down from heaven as Elijah defeats more than four hundred false prophets. A starving widow pours oil from a pitcher that never runs dry. A king and queen conspire to murder a man just because they want his garden. The reigns of the kings of Israel were turbulent indeed, marked by a succession of ungodly kings in conflict with the prophets of the Lord.

A House Divided takes an in-depth look at the historical period beginning with the end of Solomon's reign, continuing through the split between Judah and the rest of Israel, and concluding with the end of Elijah's ministry. Studies include close-ups of Ahab, Jezebel, Obadiah, and others, as well as careful considerations of doctrinal themes, such as "The Sin of Syncretism" and "Be Faithful to God's Word."