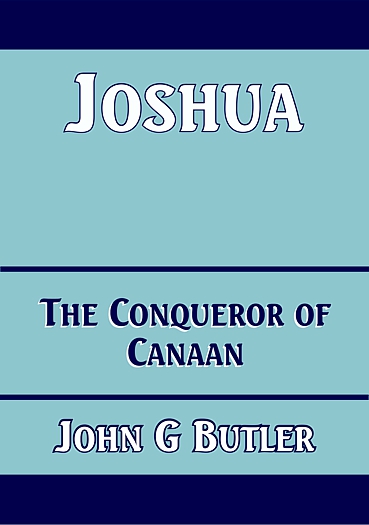 Joshua - The Conqueror for Canaan by John G Butler and published by Classics.

"He [Joshua] was one of the greatest leaders Israel ever had and led them both as a military leader and as a statesman," Butler writes in the Preface of Joshua: The Conqueror of Canaan, "In both positions, he excelled as few men before or after him." Butler examines Joshua in the following chapters: