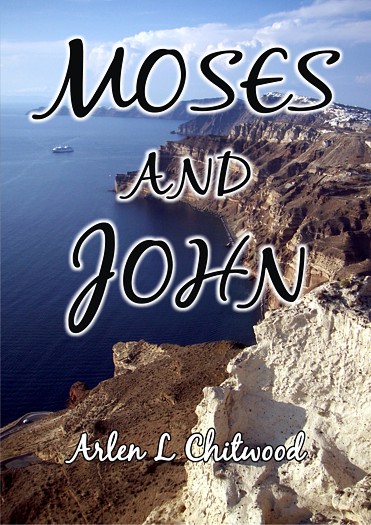 Moses and John by Arlen L Chitwood and published by Classics.

Scripture deals with man centrally in relation to regality, the earth, and 7,000 years of time. This has all been set forth in the opening thirty-four verses of Scripture (Gen. 1:1-2:3), forming a foundation upon which the whole of subsequent Scripture rests. Scripture deals sparingly with that which occurred prior to and/or following these 7,000 years. Events occurring during time in these two realms are dealt with in Scripture, but only to an extent which will allow man to tie the whole of the matter together (i.e., allow man to understand the reason for his existence, the reason for these 7,000 years, and that which will occur after these seven millenniums have run their course.)

Scripture also deals sparingly with fallen man relative to eternal salvation, though because of man's fall in Genesis chapter three, this is where matters must begin (as previously seen in Gen. 1:2-5). Scripture, in the main, deals with man after he has passed “from death unto life” (i.e., after he has been eternally saved). This was Moses' message throughout the five books beginning Scripture. And, some 1,500 years later, this was John’s message - written in a parallel fashion to that which Moses had previously written - in the five books which the Spirit moved him to write. As well, this is at the center of the subject matter seen in that which any other writer of Scripture penned, though not in the same parallel fashion seen in Moses’ and John’s writings.