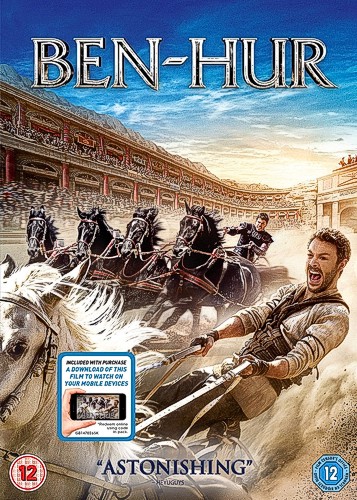 Jack Huston stars in the title role of this historical epic adapted from Lew Wallace's novel. Jewish Prince Judah Ben-Hur is falsely imprisoned and enslaved by the Romans after being betrayed by his best friend Messala (Toby Kebbell). After enduring five years in the galleys of a Roman slave ship, Ben-Hur manages to escape when the vessel he is bound to is attacked and sunk in an ambush. Soon after, he is taken in by Arab sheik Ilderim (Morgan Freeman), who convinces him that the best way to get his revenge is to defeat Messala in a grand chariot race. With his training complete, Ben-Hur returns to face his former friend and the might of the Roman Empire in a brutal race to the death.

A Prisoner and Yet...

Called to the Hard Places - Any place but China!