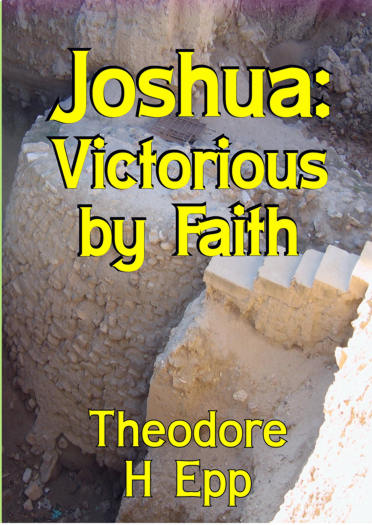 By today’s standards Joshua should have long been in retirement when he was appointed Israel’s leader. He was eighty-five years of age at the time but like Moses at eighty, he still possessed vigour of body, mind and spirit. In addition to his administrative tasks, Joshua was general of the army and six years of rigorous campaigns followed his appointment until the land was subdued. He continued to serve Israel until his death, aged one hundred and ten.

The course of Joshua’s life is quite fully disclosed in the Bible and it shows his conduct was not marred by some special sin as were some of Israel’s other leaders. It is true he had weaknesses but he lived his life on a high spiritual level. It is very clear that the principle he stated at the end of his life, was consistently lived throughout his life which was “as for me and my house, we will serve the Lord.” So the record of Joshua’s life is that of a man who actively sought God’s control for his life and willingly followed wherever the Lord led.

Lord Is It Warfare? Teach Me To Stand **

Seven Prayers That Will Change Your Life Forever