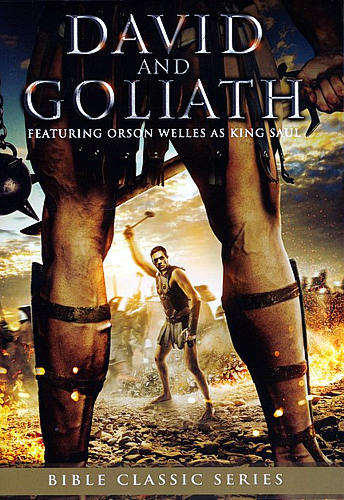 The Old Testament story of David and Goliath comes to life in this classic adaptation from acclaimed director Orson Welles. With the sacred Ark of the Covenant in the hands of the enemy Philistines, Samuel (Edward Hilton) prophesies the end of the reign of the ruthless King Saul (Welles) and anoints David (Ivo Payer), a lowly shepherd, to go to Jerusalem as the chosen successor.

However, Saul's top advisor Abner (Massimo Serato) plots a scheme to get rid of David. Wishing to destroy the young man, Abner convinces Saul to send David to make peace with the Philistines' King Asrod. Armed with only a slingshot, a few stones, and an unwavering faith in the one true God, David accepts King Asrod's challenge to fight the powerful giant Goliath with the future of Israel hanging in the balance.

Matthew For Everyone - Part 1

Streams in the Desert (Hardback)