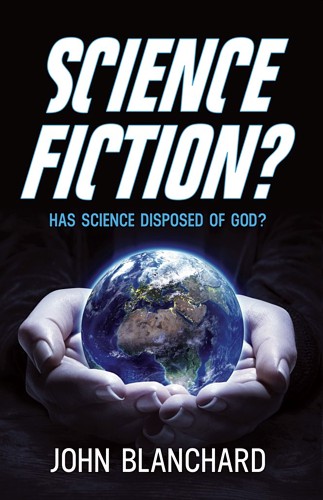 Science Fiction? Has Science disposed of God? by John Blanchard and published by Evangelical Press.

There has never been a time when science has had such a massive impact on our lives, and technological progress seems to accelerate every year. Transportation, education, industry, medicine and entertainment are some of the areas in which cutting-edge technology is transforming the way we live. Computer-driven instruments have revolutionized twenty-first century life; there is now more computing power in an average digital wristwatch than there was on the first lunar landing craft in 1969.

This has led many to believe that science goes even further and can now provide all the answers to the questions we ask about the nature of the universe and the meaning of human life. It is even claimed by some that in doing this it has either taken God’s place or shown that he does not exist.

In this readable and scintillating response best-selling author John Blanchard tackles the issue head-on and uncovers the fundamental flaws in this kind of thinking. While maintaining a high view of science he makes it crystal clear that God remains its true source and sustainer.

Confident, Why We Can Trust the Bible