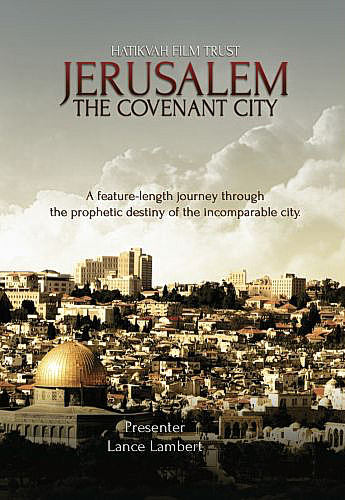 DVD - Jerusalem, The Covenant City by Hatikvah Film and distributed by Kingsway Trust.

This is the word of the Lord concerning Israel. “I am going to make Jerusalem a cup that sends all the surrounding peoples reeling.” (Zechariah 12:1,2)

The film is divided into two parts for viewer convenience. Part 1 contains a broad sweep of Jerusalem’s history, while Part 2 examines the present and future destiny of the Holy City. Each DVD contains both parts. The total running time is just under two hours.

DVD - The Legend of the Three Trees

DVD - To God Be the Glory

Tough Questions about the Bible