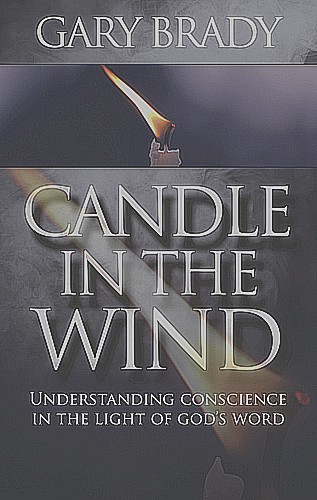 Matthew Henry (1662-1714), commenting on Romans 2, wrote that “Conscience is the candle of the Lord which was not quite put out”. Others have been much more effusive about conscience. In his now famous Les Miserables, the French writer Victor Hugo wrote that “there is a spectacle more grand than the sea; it is heaven; there is a spectacle more grand than heaven; it is the conscience.”

Books on the conscience have been few and far between in recent years. This probably points to an underlying neglect of what is a truly important subject. This latest exploration of conscience is intended to do something to help address this situation. It seeks to bring the subject of conscience to the bar of God's Word so that we may be helped to understand it in the way we should. It begins by amassing the biblical data – more extensive than many realise - and seeks to clear away confusion and properly define what conscience is. Subsequent chapters explore conscience in the unconverted, in those under conviction and in believers. Problems that arise with the consciences of Christians are also examined; among other topics included are conscience in children and conscience in eternity.

A Portrait of Paul

Transforming Power of the Gospel (Hardback)