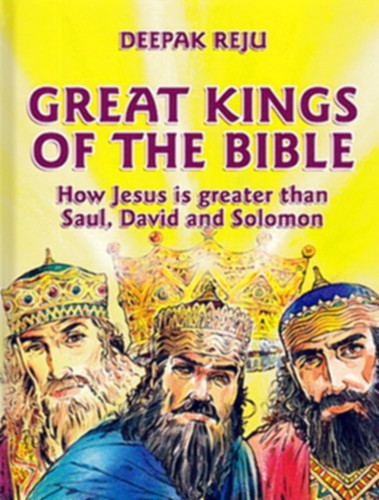 Great Kings of the Bible: How Jesus is Greater than Saul, David and Solomon by Deepak Ruju, illustrated by Fred Apps and published by Christian Focus Publications.

The three greatest kings of Israel were Saul, David, and Solomon. Saul was the first King, David led Israel's army to great victories while Solomon built a Temple for God.

However, many years later a different king would come. This king was born in a stable, not a palace. He served the sick, the poor and the needy and was without any sin. This king is Jesus, God's Son. He is a very different king. His greatest victory was his death on the cross and because of that God made him, the greatest of all kings; the King of Kings.