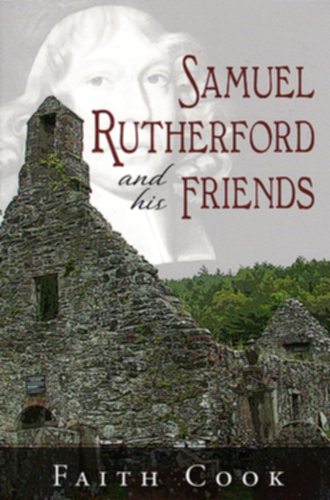 Samuel Rutherford and His Friends by Faith Cook and published by Banner of Truth Trust.

A man may be known by the company he keeps. Here, Faith Cook introduces us to Samuel Rutherford's friends, who are called on to give us a fresh look at the man who has long been held in such high affection by Christian people around the world.

The days in which Samuel Rutherford (c.1600-1661) lived were ones in which 'a man must sin or suffer', and most of Rutherford's friends chose the latter course. Two were martyred, two exiled and all paid a high price for allegiance to the truth.

The primary aim of these short biographies is to cast light on Rutherford's genius as a faithful counsellor and spiritual guide. We are introduced to the depth and beauty of his Letters and brought to share in the wisdom and consolation of his pastoral ministry.