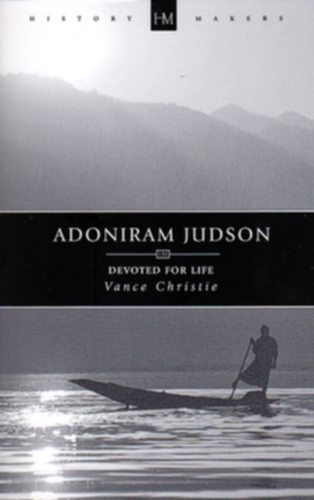 Explore the life of America's first foreign missionary, Adoniram Judson (1788-1850), who was devoted to serving for over 38 years in Burma, no matter the cost. The son of a congregational minister, Judson was a precocious young man who aspired to gain exceptional worldly fame through some prominent secular career. But following a crisis of faith and a stunning turn of events that exposed the vanity of mere temporal pursuits, he went on to study for the Christian ministry and to dedicate his life to missionary service.

With unshakable faith in God and His Word, Judson persevered through staggering difficulties. His unremitting labor and devotion were used of the Lord to spread the Gospel and to establish healthy Christian congregations throughout Burma. Judson's example was an inspiration to untold thousands in his own day and still has the power to encourage and instruct believers today.

Rays from the Sun of Righteousness

Paul - Living for the Call of Christ