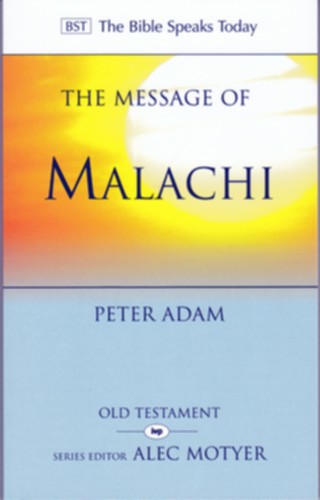 The book of Malachi sits aptly in Christian Bibles as the last book of the Old Testament, which it assumes, summarizes and applies, as it also looks forward to the New Testament, with its promises of the coming reign of God. A striking feature of the book is the way in which every word of God is contradicted or questioned by his people. God's persistence in speaking to them is a clear picture of sin and grace in close proximity.

Furthermore, God's people neither served him enthusiastically nor turned away in blatant disobedience. This was not neutral territory, but a dangerous whirlpool of self-deception. Peter Adam's valuable exposition shows how Malachi is God's effective remedy for such a situation. The greatest sin of God's people is the sin against God – the source of all sin against ourselves and others; and at the heart of God's people, the church, must lie a deep, overwhelming conviction that God loves them.

Ministries of Mercy - Call of the Jericho Road