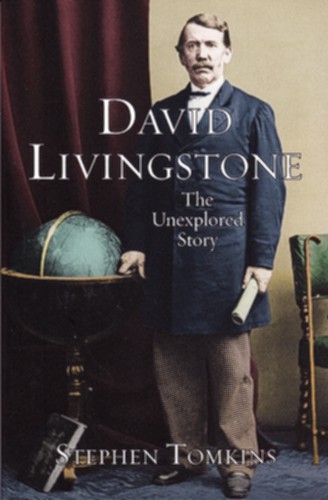 David Livingstone: The Unexplored Story by Stephen Tomkins and published by Lion Hudson.

David Livingstone has gone down in history as a fearless explorer and missionary, hacking his way through the jungles of Africa to bring light to the people – and also to free them from slavery. But who was he, and what was he actually like? ‘He was an extraordinary character’ according to biographer Stephen Tomkins ‘unbelievably bad at personal relationships, at least with white people, with infinite self-belief, courage and restlessness. He was also a complete failure as a missionary, and so became an explorer and campaigner against the slave trade, hoping to save African souls that way instead. He helped, however unwittingly, to set the tone and the extent of British involvement in Africa. He was a flawed but indomitable idealist.’

Fascinating new evidence about Livingstone’s life, and his struggles have come to light in the letters and journals he left behind, now accessible to us for the first time through spectral imaging. These form a significant addition to the source material for this excellent biography, which provides an honest and balanced account of the real man behind the Victorian icon.

Ten Great Men of the Bible

David Livingstone - Who is the Bravest? (Little Lights)