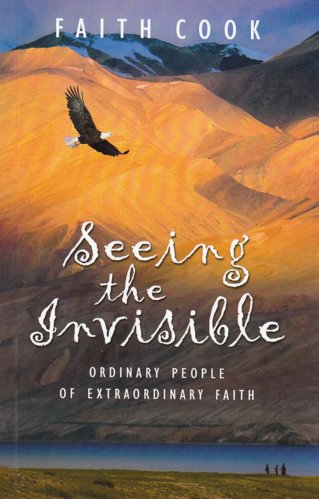 When John Bunyan asked Elizabeth to marry him he was inviting her to share not only his life but also his suffering. A heavy burden would rest upon Elizabeth's young shoulders. First there was the care of John's four motherless children. Mary Bunyan had died the previous year leaving behind four young children of whom the eldest was blind. But a yet darker shadow hung over John Bunyan. The death of Cromwell in 1658 spelt an end to the period of toleration enjoyed by those men and women who felt unable to conform to the strictures imposed on their worship by a Church of England.

The threat of persecution was real. Already the small group of believers had been turned out of its place of worship; some members had faced crippling fines and all John's activities were carefully scrutinized. Elizabeth's acceptance of John Bunyan's proposal speaks highly of the charter and faith of this young woman. Seeing the Invisible tells the story of Elizabeth Bunyan and nine other ordinary Christians who exercised extraordinary faith in their God. None of these individuals is a famous name in Christian history, but heir faith in Christ and devotion to his church encourage and inspire all of us to exercise faith in the same glorious and powerful God who enabled them to 'endure as seeing him who is invisible'.

Caught in the Web

Our Hymn Writers and Their Hymns (Hardback)