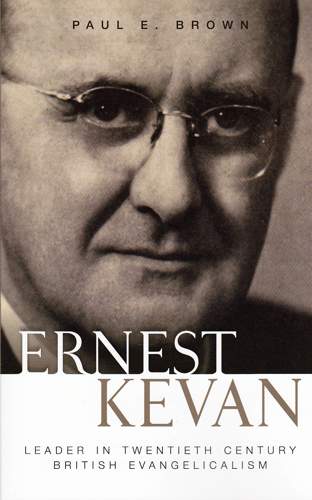 What makes an effective leader? Ernest Kevan certainly fitted into that category, but he did not have the charismatic personality that is so often associated with success in this sphere. What he did have was the ability to influence. His enthusiasm for Puritan and Reformed theology moulded the thinking of many young pastors beginning work in British churches in the post-war years.

In many ways he was a pioneer, and in some ways an anomaly - that a Baptist pastor who entered the ministry with no formal training should become the first principal of a new an innovative Bible college is testimony to his intellectual skill and generous attitude to evanglicals of all denominations.

First as a pastor, and then as Principal of London Bible College, he steadfastly devoted himself to the work that God had called him to do. This biography serves as a worthy memorial to a man who, though now largely forgotten, contributed enormously to the life and thought of English-speaking Evangelicalism in the mid-twentieth century.

Let God be God - Songs of Hope and Consolation

Basics of the Reformed Faith: What is Worship Music? BORF

Story of the Scottish Reformation

A Commentary on the Book of Ecclesiastes