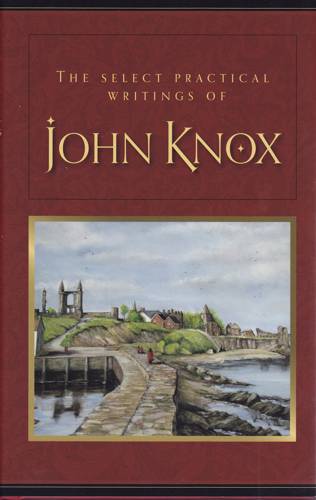 This is a rare and precious book. It contains the choicest practical writings of a man whom God used to transform his native country and bring it into the light and under the blessing of the gospel of Jesus Christ, and that in spite of constant opposition and grave personal danger. The Works of John Knox, preserved in six large volumes, are virutally closed to all but the most scholarly students of history. However, thanks to the endeavours of the Rev. Thomas Thomson and the Free Church of Scotland Board of Publications, this book was compiled so that Knox might be put back into the hands of the people.

Unabridged and unaltered, except for the updating of the 'antiquated orthography', one can read some of the most enduring of Knox's practical writings. These include such works as his treatise on prayer, his 'Fort for the Afflicted'- an exposition of the Sixth Psalm, his sermon on Christ's temptation in the wilderness, and his notorious sermon on Isaiah 26: 13-20. Fifteen of Knox's letters are also included at the end of the volume, twelve of which were addressed to his mother-in-law, Mrs. Elizabeth Bowes. In them the temper and character of Knox the pastor are clearly exhibited.

Song of the Bride

Song of Songs, Unveiling the Mystery of Passionate Intimacy with Christ

Commentary on the Song of Solomon **