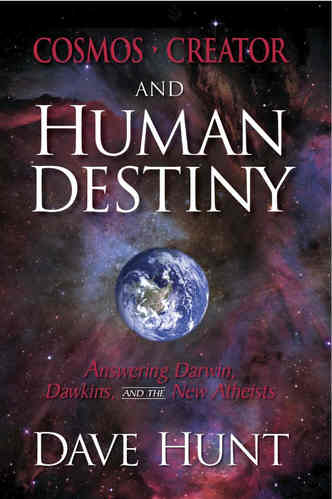 EVOLUTION - Is it The Greatest Show on Earth as celebrated atheist author Richard Dawkins proclaims or has it become a Big Top Circus paraded from town to town and school to school? Scientifically, both Creation and Evolution cannot be true. Quite simply, then, one of these belief systems is nothing more than a cruel side show perpetrated upon unsuspecting children and adults of all ages while the other alone is meritorious of praise. Darwin and Dawkins both credit natural selection for the incredible diversity and complexity of life on earth. Can random chance processes explain the masterfully orchestrated performance of earths breathtaking complexity and unparalleled majesty?

Due to the influence of biblical Christianity, evolution was once almost unanimously rejected by the entire Western world, especially by leading scientists, a fact easily documented by citing Christians who are still looked to as the founders of modern science. Isaac Newton gave us the most important scientific book ever written: Philosophiae Naturalis Principia Mathematica. Yet he wrote more about the Bible than about science. Robert Boyle is known as the first modern chemist and is credited with laying the foundation of modern chemistry. His book, The Skeptical Chymist was a cornerstone work of modern chemistry. He endowed a lecture series, The Boyle Lectures (ironically still carried on at Oxford University, where Dawkins held forth as professor), for proving the Christian religion against notorious infidels.

In his latest impeccably-researched volume, Dave Hunt skillfully dethrones the Darwinian imagination that has exalted itself against the knowledge of God and in the process, reveals fatal flaws in the logic of both cosmic and secular humanism. But this myth-busting volume is not typical of Creationist literature in recent decades. It reaches far deeper than science can look, probing the heart and mind to provide soul-shaking answers to the questions of human destiny that have not only plagued atheists and skeptics, but even most Bible-believing Christians.

An Exposition Upon the Epistle of Jude